7 Lessons from the Game of Thrones Premiere For Every Chiropractor

Brought to you by our friends at 20/20 Imaging

1.“Leave one wolf alive and the sheep are never safe”

To kick off the GOT premier they started at scene similar to the “Red Wedding” with a grumpdog Walter Frey overlooking his soldiers and proceeding to a toast.

And then the soilders start barfing blood and and falling to their floor in death.

Arya Stark triumphantly whips off her mask, like a psychotic Ethan Hunt, her seemingly impossible mission of killing all the Freys complete. We cheer, and lucky for Arya there wasn’t one soldier in the room who was like, “You know, I’m just going to pretend to drink this wine, I’m trying to cut back on drinking, been working on bettering myself.”

When people ask you what happened here, tell them the North remembers. Tell them winter came for House Frey.” – Arya

What’s the lesson for Chiropractic and Chiropractors?

Arya, in a pseudo Trojan horse setting accomplishes her goal by getting it done on the inside.

If one of our goals in Chiropractic is be the first line of prevention and defense in Healthcare and drugs/surgery as last resorts, we have to do a better job of working with our colleagues on the allopathic side of the fence.

Now, we’re not saying integrate with a medical doctors and then kill them with wine that is mixed with poison!

But what we do agree with what the Dali Lama says:

“A genuine change must first come from within the individual, only then can he or she attempt to make a significant contribution to humanity.”

Before we jump into this…

Ed Sheeran? Was this a GOT “Jump the Shark” moment?

Another time someone said to me before a dinner “Now don’t let everyone know your crazy idea and your goal this year.”

I didn’t listen. Because I own my intentions.

People will laugh. Ideas will get stolen. Lawsuits will get filed. Who cares?

If you have a goal shouldn’t you let the Universe know?

I might have been wrong…or so the science says

Tests done since 1933 show that people who talk about their intentions are less likely to make them happen.

Announcing your plans to others satisfies your self-identity just enough that you’re less motivated to do the hard work needed.

In 1933, W. Mahler found that if a person announced the solution to a problem, and was acknowledged by others, it was now in the brain as a “social reality”, even if the solution hadn’t actually been achieved.

NYU psychology professor Peter Gollwitzer has been studying this since his 1982 book “Symbolic Self-Completion” (pdf article here) — and recently published results of new tests in a research article, “When Intentions Go Public: Does Social Reality Widen the Intention-Behavior Gap?”

Four different tests of 63 people found that those who kept their intentions private were more likely to achieve them than those who made them public and were acknowledged by others.

I might be on the weirdo side and am a huge Oasis fan – I still think, despite the stats that you should declare your plans to rule the world…or kill the queen.

In Game of Thrones season 7 episode 1, ‘Dragonstone’,  Cersei Lannister was unmoved by Euron Greyjoy’s marriage proposal and offer of military alliance but, undeterred, Euron promised to return with a “precious gift” for the queen he is certain will sway her.

I gotta say I love this dudes swag.

And I also love the fact he knows who he is, what he wants and most importantly what he needs to do to earn the trust of the Queen.

You need to over promise and over deliver and constantly push yourself – build a fire so big and so hot even your competitors stare in amazement! -GC

Make giant claims about your offer, your company, your self, your product and avoid saying things like “we’re competitive” and “we’re as good as anyone else.”

You want to be superior.  Who would you rather buy from?  Don’t you want an exceptional experience when you buy something?  Don’t you feel a little cheated when you go out for a nice dinner and have an average server or when you buy a big ticket item and no one seems as interested in it as you?  Do you want your clients to feel like that?  Of course not.

“Selling is about making people confident and certain about you, your offer and your company.”   –Grant Cardone

Challenge:  How sold are you?  How convinced are you that you’re the greatest?  That you can over deliver?  What makes you and your company GREAT?  You can’t sell people unless you’re sold first.  That’s why Grant called wrote the book Sell Or Be Sold.  If you have access to Cardone on Demand or Cardone University, there’s a segment called Selling Yourself.  Watch that today and do the exercise Grant suggests.    If you don’t have access, I can set you up with a three day trial so you can so this drill.  Send an email to david@grantcardone.com or call 310-777-0352 for immediate access

4. “I will not punish sons and daughters for the crimes of their fathers.”

In the Great Hall, Jon Snow deals with a matter before the Northern lords — what to do with House Umber and Karstark after they betrayed the Starks to side with Ramsay Bolton. Jon declares they will be forgiven since the traitors who made the decision are dead and now they all need to band together to fight the army of the dead. But here comes Sansa, objecting to his judgment like a lawyer for the prosecution, wanting to throw those adorable teen lord-lings out of their castles and into the freezing winter for their relatives’ betrayal. She presses the issue, making Jon look weak. “So there’s no punishment for treason and no reward for loyalty” is a devastating line. But she’s breaking The Godfather’s famous rule for governing siblings: “Don’t ever take sides with anyone against the family.” Remember what happened to Fredo.

What’s the lesson for Chiropractors?

You have to stand by your mission and vision and you can’t let staff (even family) undermine you and your authority.

And you might have to cut the cancer very quickly:

When we last left Sam in season 6 he had arrived at the Citadel where he was going to begin his training and learning.

In season 7 we are given a  montage of his life of drudgery.

Emptying chamber pots and reshelving books and eating horrible meals — is a highlight of the episode, thanks largely to the clever, enjoyable work from the show’s editing team, which both gives a playful rhythm to Sam’s time at the Citadel and neatly boils down how horrible most of his waking hours can be.

Recently a young ChiroGrad reached out to me before taking on a an Associate position. He was concerned about the risk of working for a paycheck and not being to able to take his patients with him.

I told him: “You have two options: Learn your craft and learn from others while sustaining or take a bigger risk and open up your own practice and don’t make any money for a year or two (or more).”

Success comes from years of hard work. Not only do many millenials expect to land their dream job right away, they also expect to immediately live the same lifestyle they had when they left their parents’ house. They want nice clothes, nice furniture, a brand new car, and a nice house the moment they set out in life. Of course, in order to do this right off the bat, these young people have to take on huge amounts of debt.

In Malcolm Gladwell’s book Outliers, he posits that greatness comes through adherence to the “10,000 hour rule.” Pointing to people like the Beatles and Bill Gates, he argues that their success came from practicing their skills for 10,000 hours, not through some inherited genius.

6.”It’s my f**ing luck I ended up with a bunch of fire worshippers.”

After his close encounter with fire so long ago, it just seems fitting that prophecy would be delivered to him through fire. Kudos to The Hound, for overcoming his fear of fire to gain prophetic gifts

The Lesson for Chiropractors: Overcome your fears for greater success

Tim Ferris has some steps in this area that might help:

Here are the three steps to setting your fears down on paper, what Ferriss calls “fear-setting.”

Write down whatever you are afraid of.

2. Write down the potential benefits of trying or even succeeding in some way at whatever goals or tasks you are afraid of.

Ferriss recommends this part should to take between 10 to 15 minutes.

Write down what may happen if you do not attempt or partially succeed at the goals or tasks you are afraid of. So you should ask yourself: If I avoid this action or decision and actions and decisions like it, what might my life look like in, say, six months, 12 months, three years? says Ferriss. “Any further out, it starts to seem intangible. And really get detailed — again, emotionally, financially, physically, whatever,” he says.

“The hard choices—what we most fear doing, asking, saying—these are very often exactly what we most need to do.” -Tim Ferriss, bestselling author, tech investor, podcaster

Ferriss goes through the process of documenting his fears and the potential implications of acting or not acting on the tasks or goals several times a year.

“And I can trace all of my biggest wins and all of my biggest disasters averted back to doing fear-setting at least once a quarter. It’s not a panacea. You’ll find that some of your fears are very well-founded,” says Ferriss.

Finally, Daenerys and crew arrive on the shores of Westeros, which are beautiful and totally unoccupied, and she rolls in as the new Lady of Dragonstone.

This scene is what we’ve been waiting for 60 episodes

Dany even when she makes the melodramatic choice to kneel down and caress the sand and then she strides into the throne room and turns to her crew like, “Shall we begin?”

Sometimes you got to go home and get back to basics to really truly begin!

Ready to come home and get back to basics with the help of uber successful mentors inside and out of Chiropractic? Join us for the 2018 ChiroSushi Summit! 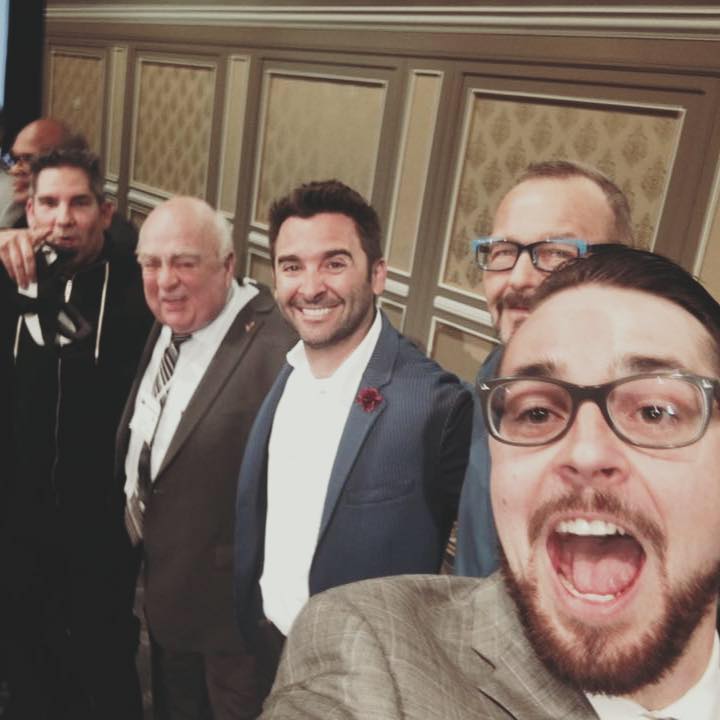 Top 10 Chiropractic Schools in the US?

Viral Chiropractic: Why chemo is not the answer to cancer